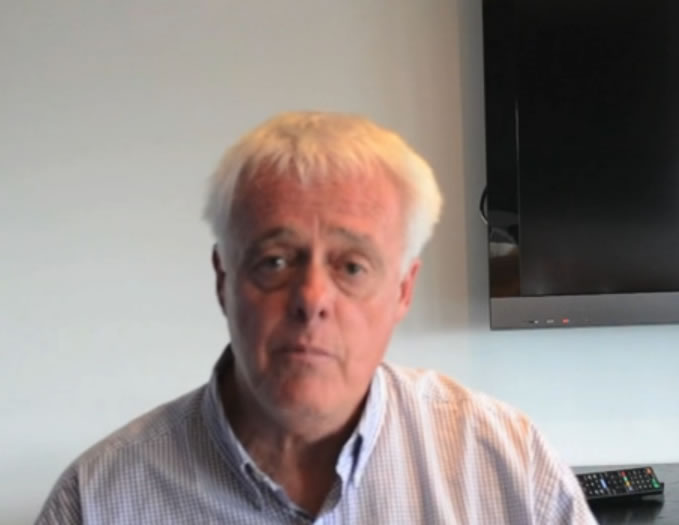 Wow what a run. Twenty years in a mental health agency-‘gotta say something’.

I’m both mildly excited and nostalgic about moving to the Centre for Youth Health.

For the majority of present Whirinaki colleagues my departure is likely a non-event because I really don’t know you nor do you know me, which is a ‘loss of opportunity’ and for that reason I would like to reflect/highlight my twenty years.  I feel a slight obligation to explain my recent reclusive distance and my lack of collegiality towards you.

I started working for SAH in Feb 6th 1996. At that time Campbell lodge had significantly fewer staff. There may have been about 20/25 of us all up…therapist, doctors, administration.   I was incredibly fortunate because from day one at Campbell Lodge I’ve had the opportunity of using the program (The Gem Journey) I developed at Creative Alternatives, a residential child care facility my wife and I founded in 1976. By the way today Creative Alternatives Inc. has in residence over 400 kids, 3 schools sites and over 250+ employees. Alas, different life- different story.

On a typical day ‘back in the day ‘at Campbell Lodge it was not uncommon to have as many as three crisis presentations.  Our little team often overwhelmed by the urgency of the moment banded together and did wonderful multi-disciplinary work. What fun we had using the two way mirror, calling in suggestions, entering a session and telling a story segment. We were sanctioned to be creative and we implemented all sorts of interventions:  role playing-ordinal reversal, sculpturing, therapeutic guessing, paradoxical intentions, and on and on.  The culture around Campbell Lodge at the time was a sense of “hey we’re really doing the work and doing it as good as anyone anywhere” which translated into wonderful job satisfaction, being so few of us allowed for inter-changeable roles in almost all the cases.  Therapeutically it was my career time of Camelot. One case might involve half the staff; co-operation and communication was the norm. I honestly remember very little ego, no heroes, politics or professional jealousy; we were grossly under staffed and needed each other. Our speciality was crisis intervention and naturally once the emergency was dissipated we placed new clients into newly formed ‘Gem groups’, many, many, groups. The journey was a great benefit to the agency for it provided containment time for the case manager to do a form of structural family therapy, the combination of strategies worked terrifically; “Breaking Down the Barriers a journal article by Bruce Hart describes the co-interventions ….Outcomes and compliance were outstanding which attracted the TV program “60 Minutes” that  highlighted the Gem Journey’s success with suicidal adolescents; the segment is called “Survival stories”  (www.tsi.co.nz)

For several years I not only ran groups but my success with families in my private practice created a new focus of utilization- family TSI.  My clinical style both in private and here at Whirinaki moved from seeing individual kids to seeing them within the context of their whole family; thus the era of whole families going on the journey.  I had great success taking whole families on the Journey with wonderful outcomes, because the interactive journey carried the process through the famous family therapy “Stuck”, the dreaded place where lots of FT falls over.   Dr. Hugh Clarkson recognized what was happening and wrote an important paper on The Gem Journey’s use in family therapy:  ‘Scapegoating’ published in the Australian/NZ Family Therapy Journal.

The years rolled by seeing lots of clients in groups and experiencing for the most part wonderful outcomes.  I’m certainly not saying every group or family session was world class, as a matter of fact I had a few lousy groups and I’ve had my share of ordinary groups,  however over the 20 years I have had many many group sessions that were magic with free flowing un-restricted transference. I have also known the pain of client loss.  This job has produced great high times and also a few lows-.

During this time many people and agencies throughout New Zealand have used tsi/Gem Journey.  It has been very cool  watching the Gem Journey used  as a national policing strategy called,’ Dare to Make Change’ used by the NZ police for ten years across New Zealand… Video: www.tsi.co.nz. Yet another adaptation is the Young New Zealanders’ Foundations” Gemstones” program  which they’ve placed in 500+ NZ schools.

The work and years just kept roll on…, running groups in season and out of season while at the same time professionals in mental health industry and academia were publicly denigrating my work.  My success must have truly threatened some within the industry because their hurtful public comments easily made their way back to me. “His work is just silly storytelling no place in legitimate mental health”… Storytelling yes, silly they could not have been more wrong. I had very thick skin- because I could see my work worked, it empirically invaded the psychology and the outcomes were just too good- kept me on task, keep the referrals coming in and my detractors frustrated.

So the years rolled on from one clinical lead Michael Rimm to Hugh Clarkson to Peter Watson and my work thrived within the agency.  Leonie Picard the prior service manager thought the Gem Journey was special and when we moved from the old site to Whirinaki she dedicated and designed a room for Gem. At the time I was quietly doing lots of in house groups, going out into schools running groups and seeing lots of families doing family tsi. I have to acknowledge Leonie for her role in helping me in 2006. Her service manager role made a difference for me that I will forever be appreciative.

However life never stays the same    In retrospect this new focus for Whirinaki was also a good thing for me … I took my clinical practice and process totally out in the community and my work in schools has gone from strength to strength.

Obviously my practice being out in the community impacted my interpersonal relationships around here.   I virtually stopped participating in the culture and community of Whirinaki. I guess I wanted you to know that prior to my latest phase in the community- I ate lunch every day in the lunch room…I interacted with everyone; you might even say I danced on the edge of being gregarious…

I want to thank so many throughout the years for encouragement and support.  One constant over my time at Whirinaki is the wonderful administrative staff. Presently it’s Lorraine who really really really looks after me.  For years Leanne Reynolds absolutely made everything I needed happen. So many in this area have been the “bomb”—- Bharti..Paeru, Fiona…and now certainly Kantha & Gaynor have been so way helpful…

Over the 20 years I have worked with many champions- great caring people who have contributed greatly to me personally and to the mental health of South Auckland and the reputation of Whirinaki. They gave this agency theme/process and a sense of collegiality that made it a place people wanted to work. Mike Rimm MD. was  quite eccentric, fun and always up beat.  Being a structural family therapist and psychiatrist his work at the time was not totally understood or recognized as being as good as it is… however with  retro-vision his crisis intervention work was world class/effective.  He would involve everyone, sometimes half the staff (Admin included)would work the case until it made sense… these sessions often would go on for hours, Invariably at the end of the day the clients left ‘our joint’ with  new perspective and hope.  Hugh Clarkson carried on without missing a beat.  He kept the creative therapeutic process flowing while at the same time he skilfully moved us from primarily a crisis centre to an easily accessed clinic for all mental health needs. He oversaw the opening up of Whirinaki to lots and lots more people.  Both Mike and Hugh contributed greatly to the reputation of our agency.

I also like to acknowledge Pip Mathews for allowing me to continue doing my school based work until this proper departure point and for continuing to support me @ CfYH. Big shout to Peter Watson for guiding my move to Centre for Youth Health.  I also appreciate his years of belief, encouragement and support.

The Gem journey has been field tested and proven….. By working with multiples of people it creates a massive body of work. Today I look back over 20 well spent years of telling the exact same story (actually since 1985) (Collectively; private, CA, Whirinaki) I guesstimate I have run between 18,000-20,000 Gem sessions, to thousands of clients.  I have refined the process and have finally figured out what the whole things is…

It’s a fable for our times: a series/chapters of connected mental health’ lessons in life’ delivered to the clients in the wonderful modality of storytelling. Clients listen and the narrative internalizes, and redirects thinking and behaviour.  It gives form to the present day mindfulness thinking/research……

The Gem Journey is mental health curriculum that should be taught everywhere…why? Because it works…..

Finally, I am so grateful for my job with Counties Manuaku Mental Health, they’ve been and are wonderful employers ;  allowing me the privilege & opportunity of playing my songs at their party– every work day for the last 20 years.

Farewell & God Bless each and every one of you.

Get in touch with us