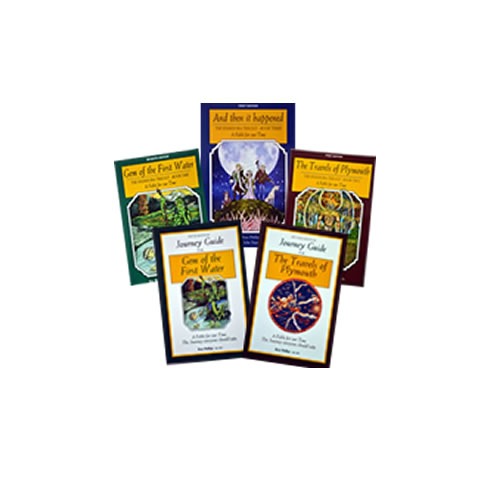 Hi, allow me the privilege of rambling on a bit

I would like to describe some of my impressions regarding the Splendora Trilogy, and why I think the three books could be important to you.

The first and second books have their aetiology from early in my career at Creative Alternatives, the residential treatment facility my wife Mary and I founded and grew during the seventies and eighties.

Now in the autumn of my career I want to change ‘flights’………up until now I have emphasised the three books of the Splendora Trilogy ONLY in the context of the Therapeutic Storytelling Intervention process. I have not promoted the trilogy to the general population because I was immersed in working with people at the metaphorical ‘bottom of the cliff.’ In doing so, I was making a living, raising my family and developing my thinking through experience and learning. Now I’m dancing on the edge of retirement…. and

This first real blog entry offers me the opportunity to express how much I am looking forward to seeing this material flowing into the general population and many more people taking the journey. I know, or naively think I know, that if a few take a chance and invest in the process then the promotion of the material to a wider international market will be self-perpetuating. I came to New Zealand in 1991 knowing not a soul. My work spread via word of mouth and today a large number of New Zealanders know about and have benefitted from TSI. It would be wonderful if numbers took the journey because the work offers a blueprint, a model for balanced effective living, truly a comprehensive self-help book. Wow! I said it. Verbose yes! Totally! That I acknowledge, but I believe this fable could cause a ripple effect for good, and, yes, I do sincerely believe it is conceivable because of my empirical observation. I’ve seen the change it can create in countless sessions spanning many years. And because I have seen it work, I can with confidence boldly express these grand notions.

The theoretical foundations of the Splendora Trilogy are the values and principles of Judeo-Christian teaching. I spent years studying and thinking to understand the messages given us by earlier travellers. Hopefully the messages in the Splendora Trilogy are true to the original themes. And because of my belief in the truism of the Judeo-Christian ethic I can stand by the healthy nature of messages and themes of the Trilogy which are reflections of earlier inspiration.

The Splendora Trilogy is my chronicle of what I’ve seen and what I’ve learned that works to treat the problems I have encountered almost daily for many years. I have kept a keen eye on these problems and through experience formed solutions from the principles of the works that form the foundation of the Splendora Trilogy. The Trilogy is an epic journey with each episode depicting issues or problems of life in a non-threatening manner so that the readers/listeners can see clearly. This allows the participant to form a ‘position on’ or ‘figure out what will I do’ when I’m faced with an event like the Boy has just gone through. Deciding on a personal stance is the key to the development of healthy self with solid personal behavioural boundaries. Once the problem is highlighted, the literary characters enact behaviour(s) to resolve the dilemma. An eidetic model of behaviour is established, allowing the reader vicariously (within themselves and in the reader’s own time) in the fertile territory of undefended mind (eidetic imagery) to work through the drama depicted in literary form. This enables he/she to form a unique character quality, a dependable personality trait, a boundary and belief, and a firm stance on the fable’s highlighted issue. This is accomplished in the unconscious cognitive process, allowing the reader to establish a consistent belief regarding a temptation or problem and determine how then to live and how best to react when life’s reality demands dealing with the fable’s themes in real life and in real time.

We teach children to read because it opens up the eidetic world of the mind. A reader or listeners of a story can identity with the characters and visualize the environment, almost taste the tastes and smell the smells… Readers/listeners in their eidetic imagination can be that person, take that adventure, and experience vicariously the pains, fears, triumphs of the literary characters. That can and does happen on this Trilogy. People identify with the characters, internalize the issues and methods modelled by the characters to resolve the struggle…..and often readers/listeners redirect their own behaviour, building walls of self-control and forming a ‘stance’ that a person endogenously knows can be relied upon, thus achieving identity.

Allow me the opportunity to be a bit redundant, I’d like to restate and expand on what I think happens as the readers experience going on the Splendora trek. In each book the characters interact with the issues that we as people of the 21st century encounter in the normal course of living. The events or teaching themes that the characters experience mirror the fears, conflicts, and dilemmas that all of us must face and either resolve or fail to resolve.

The first book is Gem of the First Water which has an emphasis on the establishment of a sense of identity. It gives clear answers and examples of how to establish a healthy sense of self. The big questions of life, ‘Who am I’? And who will I become”, are answered through the Boy’s journey through Gem’s metaphorical Land of Confusion. His experiences as he deals with questions of life are a role model for readers and listeners. The Trilogy provides a clear path to finding answers. As the Boy (archetype for everyone) in Gem has each new experience, the eidetic episode invades the reader’s or listener’s psychology and they either consciously or unconsciously ponder the vicarious experience and come to some position or opinion, leading many to resolve for themselves the stories’ universal dilemma(s).

The fable is evolving; each chapter segment is important to the development of following chapters, as the three books are interrelated and of sequential importance, systematically guiding the reader on a personal journey. Collectively the lessons of life help form a context for everyone’s quest for actualization to know one’s self.

The problems and the solutions are enacted in a fast moving story where every episode is held in the reader’s/listener’s psychology, providing a framework within the mind for thinking and discussion.

Our ability to retain mental pictures is amazing. The reader reads or the listener listens at a much faster pace; he/she can think circles around the printed or spoken word, formulating associations. Personal applications come into play and vicariously people see their own similarities and endogenously start the personal change process, not because they’ve been told to or threatened, but because they have made a personal identification, like honestly looking into a mirror.

If the learning is applied, without hesitation I can say lives will change. The Splendora Trilogy is important for everyone not only adolescents who are on their identity search but also for those older adults who earlier failed to establish their own sense of themselves. For those who know they are not who they think and feel they should be, and are emotionally upset, either acting out the results of a conflicted self or acting it inside with self-depreciation behaviours. Yes, I believe it provides those struggling with identity issues yet another opportunity to establish their true self. Change is available to all; in fact it’s so simple, many miss it.

On the second journey The Travels of Plymouth, the characters are on a character quest. In “Gem” the Boy found himself by applying his rich experience. Travels is all about

Get in touch with us